A photographic record of an Argiope bruennichi

Observations commenced 13/9/2012 when I found a large strikingly coloured spider at Winnersh Marsh. 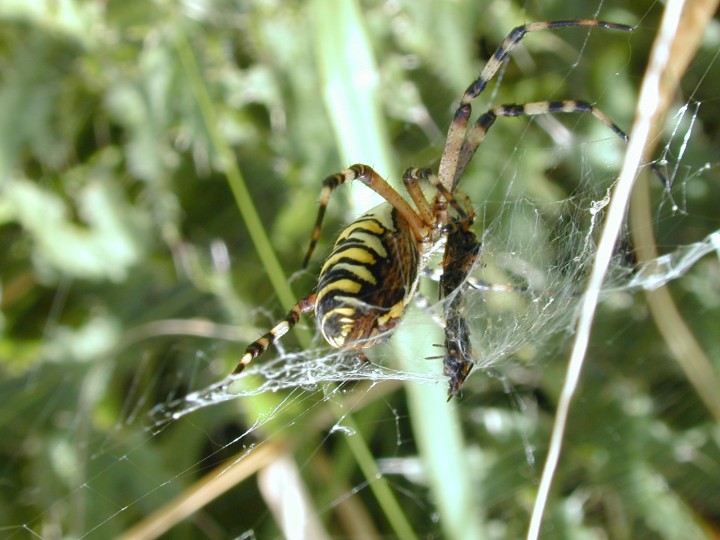 Less than 15 minutes later a pathway had been strimmed through the field cutting down the web.

I was relieved to find her again 10 metres away on 17/9/2012 and take some better photographs. 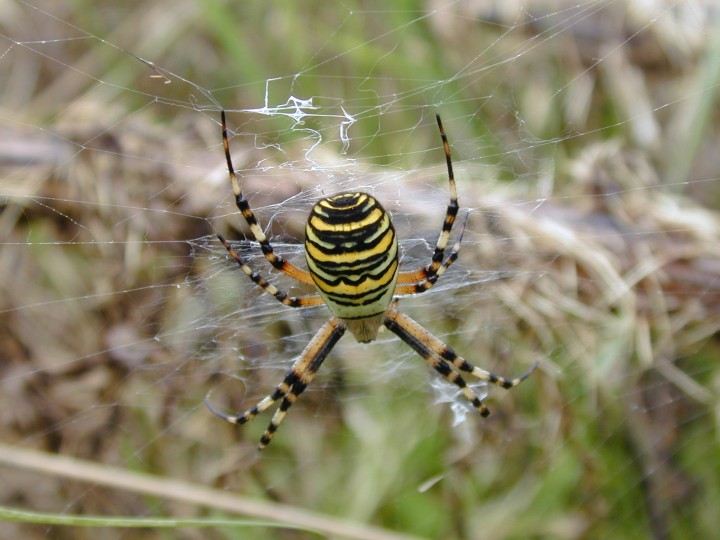 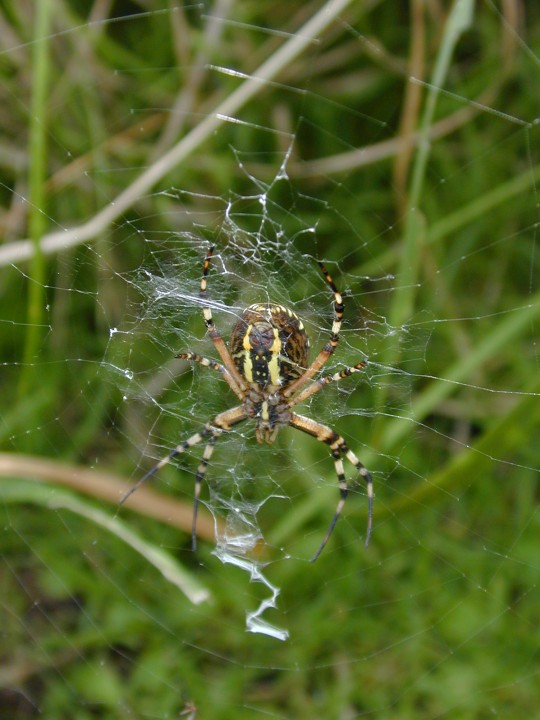 The pictures above show that her orb web contains areas of extra silk. To me the extra silk at the centre of the web seems different to the zigzag of extra silk lower down.

Argiope bruennichi often has an area of very short vegetation beneath her almost vertical web. 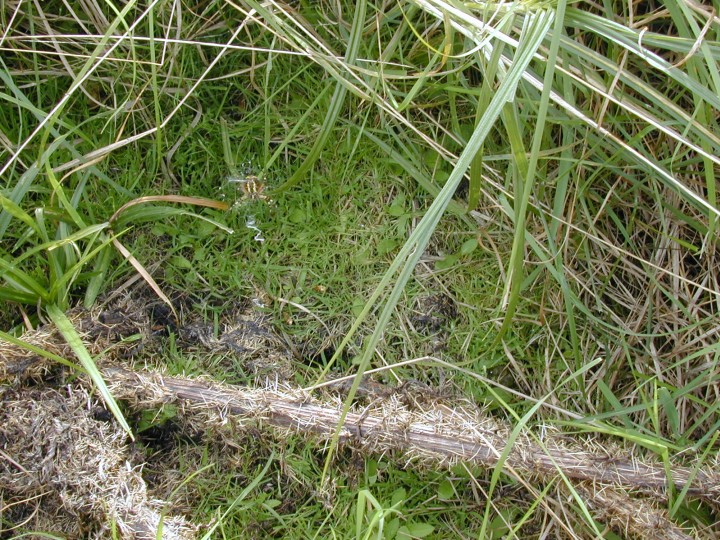 The example I saw was roughly oval 52 cm x 40 cm with grass trimmed very short (maximum of 3 cm after several days growth after it had been abandonned). It was at the base of several stalks of partially fallen Marsh Thistle and some grass of medium length which served to support her web with its centre at about 30 cm above ground level.


Closeup of Her Lawn

Showing bitten off blades of grass but undamaged thistle seedlings 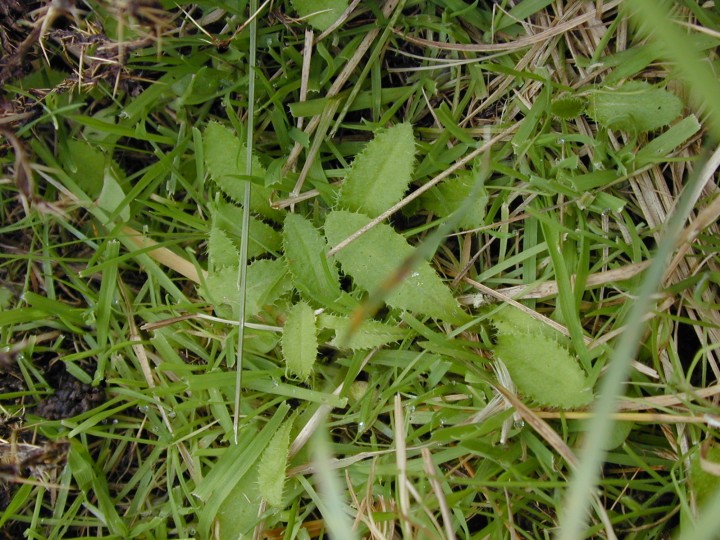 Does anyone know if Argiope bruennichi cuts her own lawn, or is it kept short by slugs or other creatures?

Some days after she had left her web she reappeared 2 metres away. I saw her here at 15:20 6/10/2012.This was a rather different habitat. Here she was on a small non-orb web in a dense clump of grass. 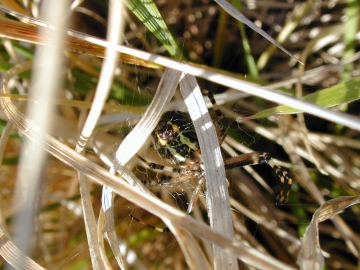 When I checked back at 17:00 the same day she was frantically busy - with a small area of white horizontal silk above an array of threads.

On 7/10/2012 I saw the reason for the change of habitat and frenetic activity. During the night she had produced an egg sac. Hence ensuring the next generation of Argiope bruennichi. 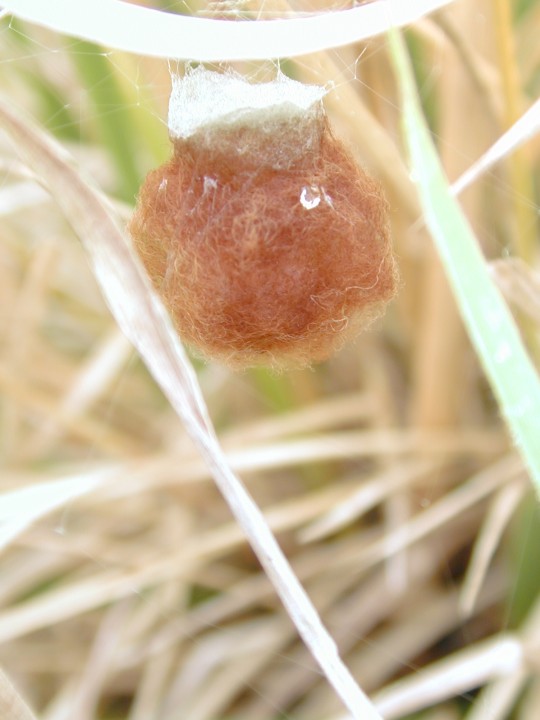 Sadly the effort had been too much for her and she was now dead. 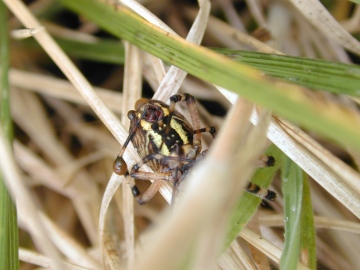 By 10/10/2012 the eggsac had disappeared leaving just the tussock of grass on which it was laid. 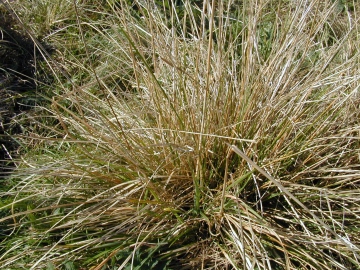 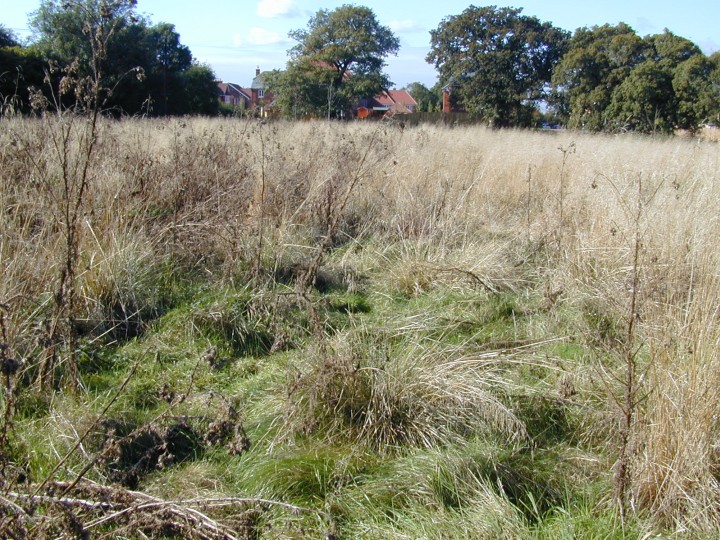 Argiope bruennichi lived at the boundary between a dense stand of Marsh Thistle to the left, tall grass in the background and to the right, and some shorter tussocky grass.