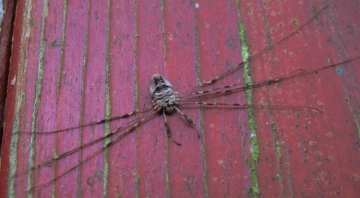 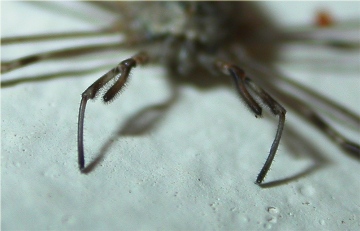 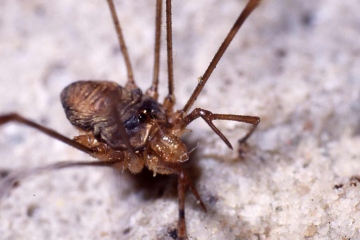 The body of adults is 4 - 6 mm in length with long legs and distinctive forked pedipalps formed by an apophysis (projection), almost as long as the tibia, emanating from the patella. They have a distinctive resting position, with legs held straight out to either side, at right angles to the body.  In adult females the apophysis is tubular, rounded at the distal end and covered with fine setae, whereas those of adult males are thinner with a more pointed end and hairless.