Fri 29th November 2019 09:39 by Peter Harvey
Your record is already added to the recording scheme thanks. This is the reason users are asked to provide a full postcode or grid reference and date of the record in the post so that it can be added to the recording scheme. Posts which don't give this information are usually ignored.
link
Thu 28th November 2019 15:33 by Hugh Everett
Yes, it's obvious now
Thanks for the response. Yes, it's obvious when I look now. What beautiful markings on the abdomen ! I'm new to this web-site - ought I to record this formally ?
link
Wed 27th November 2019 19:54 by Peter Harvey
No, an orb web spider Araneus quadratus, a close relative to the garden spider.
link
Tue 26th November 2019 11:29 by Hugh Everett
Is this a false widow ? 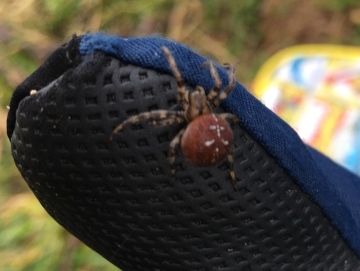 During lunch on a walk in the hills near the Cat and Fiddle Inn, Cheshire, my 10-year old found this and asks for its identity. Size: a little under 1cm (including legs). Location: Ordnance Survey SJ 995724 - in boggy grassland about 400m asl. Time 13:00-ish. Date Sun 24th Nov 2019. Temperature 5 to 10 C. Weather: very overcast, occasionally cloud lowered to this level, thus air full of moisture. What we did with it .... let it go ! Spider handled only with gloves - it moved quite slowly and exhibited no aggressiveness. We didn't look for any others nearby. Is it a false widow ? 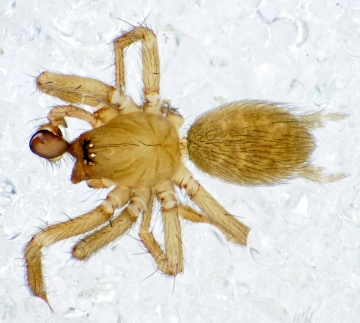 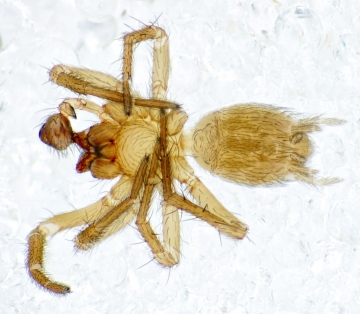 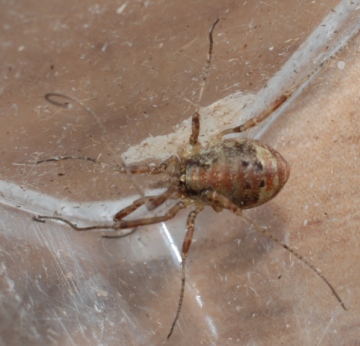