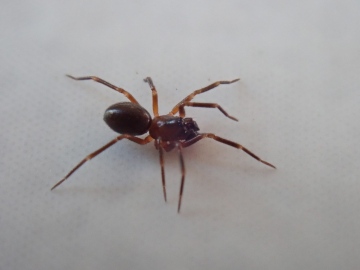 Distribution
The species is widespread in much of England and Wales, becoming very scattered in Scotland. A Palaearctic species widespread in northern and central Europe, but not recorded from Ireland or France.

Habitat and ecology
A. ramosa generally occurs in moss in damp areas, including those in broad-leaved woodland, but it has also been found in leaf litter in woodland, on bare ground under fallen trees, and on well-drained Nardus grass heath. The peak of activity is from May to July.

Status
Local, but the spider may then be frequent.

Adult Season Data (based on 194 records with adult season information)

Recorded substrate and hydrology for locations with Agyneta ramosa