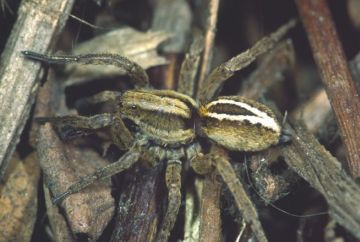 Distribution
Widely distributed but local in the lowlands of southern England, especially on chalk grassland and dunes, with the few more northerly records mostly coastal. The species is widespread in western and central Europe.

Habitat and ecology
Grassland and sand dunes. A. cuneata occurs on old and unimproved grasslands and dunes, especially where there are areas of sparsely vegetated ground, short turf and lichen heath. Adults of both sexes are found from late spring to early summer, females sometimes until the autumn.

Status
The species is local and uncommon, although it may occur in numbers. In the agricultural lowlands of southern England it is very locally distributed and rare.

Threats
The main threats to this species are the destruction and fragmentation of lowland heathland and grassland resulting from housing and agricultural development, particularly in southern Britain.

Management and conservation
Ensure heathland and grassland sites where it occurs are protected from further development for housing and agriculture. Manage heathlands to ensure sufficient bare ground for the species to survive.

Adult Season Data (based on 353 records with adult season information)

Recorded substrate and hydrology for locations with Alopecosa cuneata