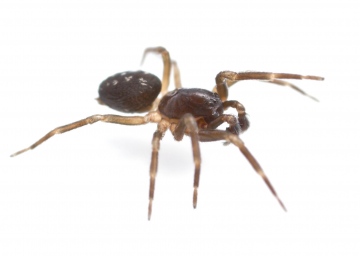 Distribution
The species is widely scattered in England and Wales from Yorkshire southwards, but only widespread in the south-east. It is most frequent near the coast. It is widely distributed in north-western and central Europe.

Habitat and ecology
Open grassland, waste ground. The spider occurs under stones and at the base of vegetation, usually in open sparsely vegetated areas of grasslands, dunes, old quarries and waste ground. It is sometimes found on bushes. Adults are found mainly in May and June but females have occurred into July and August, or even November.

Status
Recorded from 53 hectads since 1992, showing no decline.

Threats
Given the wide range of habitats the species occurs in, it is difficult to know what specific threats this species faces.

Adult Season Data (based on 668 records with adult season information)