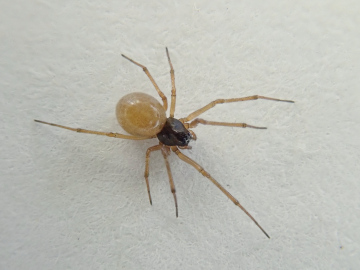 Distribution
The species is widespread in Wales, but very scattered elsewhere. It is widespread in north-western and central Europe, but has not been recorded from France or the Netherlands.

Habitat and ecology
B. setiger inhabits wet boggy areas. On the BAS Mid-Wales survey in 1995, it was found at the Rhos Goch bog; a typical site. The species is mature in summer and autumn, possibly all year round.

Status
Showing an apparent major decline. However, most of the loss is in Wales which was the subject of a dedicated wetland survey in the 1980s so the decline may be more apparent than real, hence categorisation as Scarce rather than Vulnerable, though a Watching Brief should be kept on this species.

Management and conservation
Maintain an adequate water table level in the bogs where it occurs.

Adult Season Data (based on 233 records with adult season information)