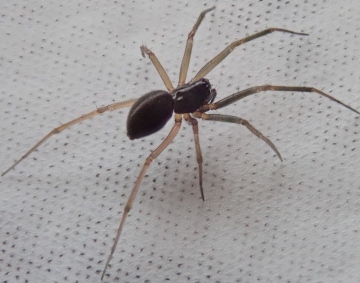 Distribution
The species is widespread in much of Britain but scattered or absent in parts of the south and much of Scotland. It is widespread in north-western and central Europe, as far north as southern Norway.

Habitat and ecology
B. parvulus is perhaps predominantly a grassland spider occurring in acid grassland and grass heath, chalk grassland and meadows, but also marshes and fens. A very similar spider to B. gracilis, the two species are often found in the same place. They may be similar in colouration and variability and although the female epigyne is distinct the determination of the male is difficult and depends on the position of hairs on its paracymbium. Adults occur mainly in the summer, occasionally persisting later.

Status
Much less common than B. gracilis.

Adult Season Data (based on 1026 records with adult season information)