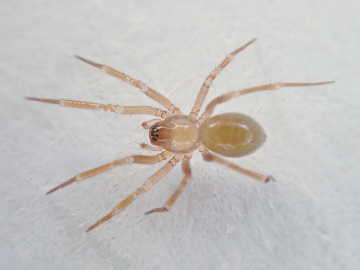 Distribution
The species is widely distributed in Britain, but very scattered or absent in some areas. It is widespread in western Europe.

Habitat and ecology
C. prudens can be found in a variety of typically dry habitats. These habitats include sand dunes, rocky grassland and heathery areas (Crocker & Daws 1996; Locket & Millidge 1953). Specimens have also been found at cave entrances and beneath felsenmeer rocks on mountain summits. In Essex the species is almost confined to three areas of unimproved sandy grassland in the south of the county (P.R. Harvey, pers. comm.). Adults females have been recorded throughout the year, males in the autumn and early winter through to late spring.

Status
Common in northern counties, but infrequent and local in the south.

Adult Season Data (based on 366 records with adult season information)

Recorded substrate and hydrology for locations with Centromerus prudens