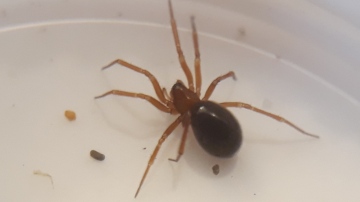 Habitat and ecology
C. sylvaticus is generally regarded as preferring moss and grass in woodland. However it has been recorded from a wide variety of habitats including grassland, heathland, marsh, peat bog and waterside vegetation (Crocker & Daws 1996) and it may be frequent in rough grassland in Essex (P.R. Harvey, pers. comm.). Adult females have been recorded throughout the year but both sexes peak in the autumn and winter. Pitfall trapping in a mature chestnut coppice (Russell-Smith & Swann 1972) and on a site at Spurn Point periodically flooded by the sea (Sudd 1974) also showed the males to be winter active.

Adult Season Data (based on 845 records with adult season information)

Recorded substrate and hydrology for locations with Centromerus sylvaticus