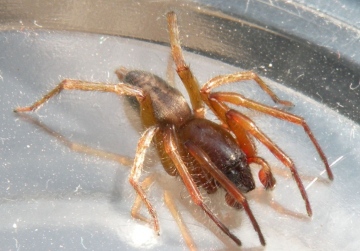 Habitat and ecology
This species is most commonly found beneath the loose bark of dead and dying trees though it may be found in a range of other habitats. Habitats include broad-leaved and mixed woodlands, heathland scrub, marsh vegetation, acid and calcareous grassland scrub as well as under stones and in leaf litter, and occasionally in and around houses. Because of its association with trees C. corticalis may be found in birds' nests and squirrel dreys. Adults of both sexes have been recorded in most months of the year, but males are found mainly in spring and early summer, females in summer.

Status
The spider is common, more so towards the south.