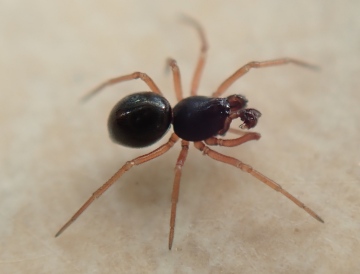 Distribution
The species is widespread throughout much of Britain, but with an apparently patchy and scattered Distribution: in parts of the south and north. A Palaearctic species, widespread in western and central Europe.

Habitat and ecology
C. obscurus is generally recorded in detritus, moss and other vegetation. In Essex the species is typically found in old and tussocky grassland (P.R. Harvey, pers. comm.). In Leicestershire and Rutland, Crocker & Daws (1996) have recorded the species in a wide variety of habitats including acid, neutral and calcareous grassland, rocky moorland, broad-leaved woodland and disused quarries and gravel pits. Adults of both sexes have been recorded throughout the year, but with a peak in late spring and early summer through to the autumn.

Adult Season Data (based on 1715 records with adult season information)

Recorded substrate and hydrology for locations with Cnephalocotes obscurus