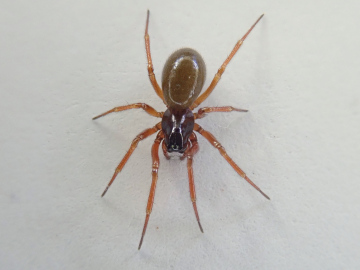 Habitat and ecology
D. uncatus is usually found in wet habitats such as marshes and bogs. It is adult in autumn, winter and spring.

Status
Recorded from 73 hectads since 1992, and showing an apparent decline of over 60% in hectads with spider records both before and after that date (159 to 61). However, there is known under-recording in recent years of wet habitats in the north and west, and most southern England records are from bogs on heathland, which have also been under-recorded in recent years, hence we prefer a Watching Brief.

Threats
The main threat to this species is from drainage of wetlands for agriculture and forestry.

Adult Season Data (based on 529 records with adult season information)