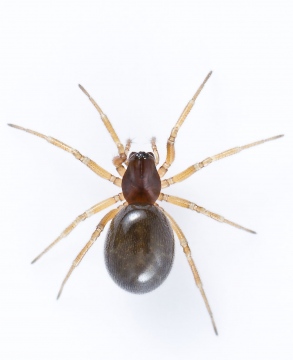 Distribution
Widespread throughout most of southern Britain becoming scattered in the north and apparently absent from most of northern Scotland. A species with a wide Palaearctic Distribution: (Platnick 1998), widespread in western and central Europe.

Habitat and ecology
G. dentatum is a wetland inhabitant frequently found at ground level amongst marsh plants. This species readily colonises disturbed wetland sites and may be found, often in high numbers, in flooded poolside grassland. This species has not been recorded from upland blanket bogs. In North Wales specimens have been recorded to an altitude of 250 m. Mature specimens of both sexes are present throughout the year. In Leicestershire peak numbers have been noted between April and June (Crocker & Daws 1996) and our data also show a peak between April and June, but with a second peak in the autumn.

Adult Season Data (based on 3681 records with adult season information)

Recorded substrate and hydrology for locations with Gnathonarium dentatum