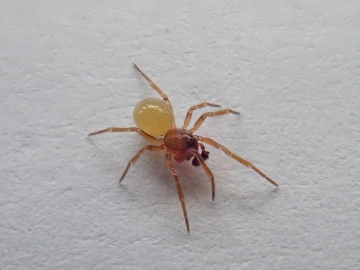 Habitat and ecology
G. vivum is found in moss, grass and leaf litter, often in damp situations. Rushton et al. (1987) showed that it has a preference for undisturbed, well-vegetated grassland sites. It is a frequent aeronaut. Merrett (1969) found that on heathland in Dorset, males were active from March to July and again from October to late December orearly January. Adults of both sexes have been recorded throughout the year, with a peak in summer.

Adult Season Data (based on 1727 records with adult season information)

Recorded substrate and hydrology for locations with Gongylidiellum vivum