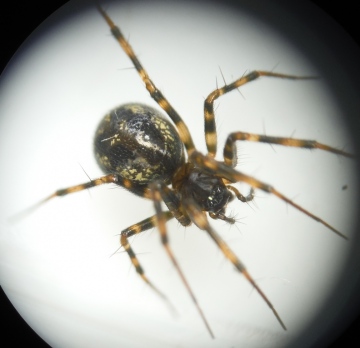 Habitat and ecology
This is a spider of broad-leaved woodlands. It is frequently found when beating branches of trees, especially near the junction with the trunk where dry leaf litter may gather. It is often common in litter around the bases of trees and can also be found under logs or on walls and occasionally in houses. Adults are mainly recorded in late summer and autumn, occasionally over-wintering to be found in spring and early summer.

Adult Season Data (based on 1311 records with adult season information)

Recorded substrate and hydrology for locations with Lepthyphantes minutus