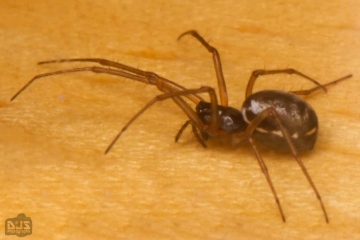 Habitat and ecology
This species spins a horizontal sheet web in low vegetation in a wide range of habitats such as heathland, dune, scrub saltmarsh and other wet habitats, but is perhaps commonest in grassland. The male is a little smaller than the female, which it does not resemble. Both sexes are mature in spring and summer, with a peak from early to mid-summer, individuals occasionally persisting into the autumn.

Adult Season Data (based on 2351 records with adult season information)

Recorded substrate and hydrology for locations with Microlinyphia pusilla