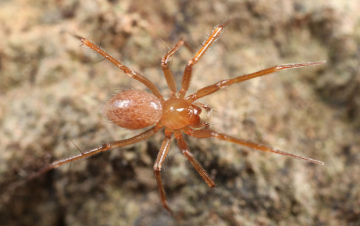 Distribution
This species is endemic to Britain, where it is only known from two abandoned limestone quarries in the Plymouth area.

Habitat and ecology
Under stones and debris on the floor and cliff faces of disused limestone quarries. This species is possibly troglodytic, living in narrow fissures in the limestone, from which it occasionally emerges. Adult females have been recorded in March and April but males have only been found in March (Merrett & Stevens 1995; 1999).

Threats
The type locality has already been extensively developed and the second site also appears to have been developed, with very small amounts of any habitat surviving.

Management and conservation
As very little is known about the biology or life history of this species, it is not possible to make any management recommendations.

Adult Season Data (based on 9 records with adult season information)

Recorded substrate and hydrology for locations with Nothophantes horridus