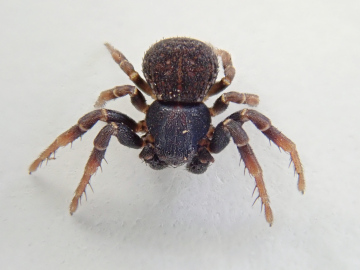 Distribution
The species is confined to southern England. It is widespread in north-western and central Europe as far north as Sweden, but has not been recorded from Ireland.

Habitat and ecology
The spider occurs mainly on short calcareous chalk and limestone grassland, often in stony areas, and especially near the coast. It is also occasionally found on sand dunes. Males are adult from March to July, with a peak of activity in May and June, and again from August to October, females from March to September.

Status
UK Biodiversity Action Plan priority species. The species is abundant on some calcareous grassland sites, but rather local. It appears to have declined sharply over the past 20 years.

Threats
The loss of calcareous grassland to agricultural improvement, and possibly public pressure at some coastal sites.