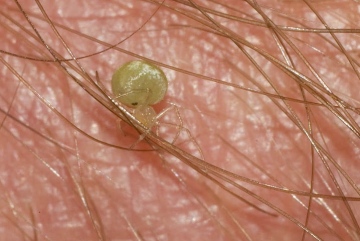 Habitat and ecology
The webs of this spider are usually constructed on shrubs and the lower branches of both evergreen and broad-leaved trees in a wide variety of habitats. The distinctive white sputnik-shaped egg cocoon is one of the easiest ways to record the species presence. Though found on a variety of trees, oak definitely seems to be favoured and it can often be found under an oak leaf in summer, with or without female spider in attendance (I. Dawson, pers. comm.). It may also be found on herbaceous vegetation of all heights and in leaf litter. Both sexes are mature from late spring to mid-summer, but can also occasionally be found through the autumn and winter.

Adult Season Data (based on 3323 records with adult season information)

Recorded substrate and hydrology for locations with Paidiscura pallens