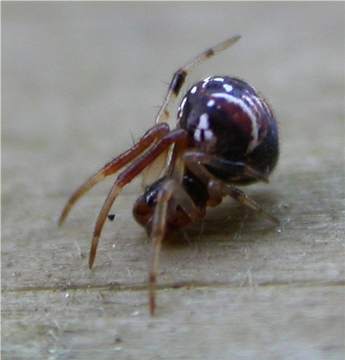 Distribution
The spider is widespread in much of England but, until recently, absent to the north of the Humber and from most of western Britain. The species is widespread in western and central Europe including Scandinavia.

Adult Season Data (based on 585 records with adult season information)