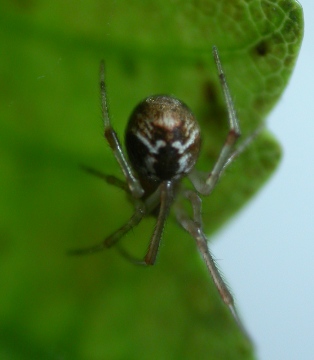 Recorded substrate and hydrology for locations with Parasteatoda simulans