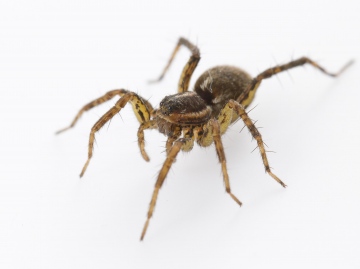 Habitat and ecology
P. palustris occurs on open sparsely vegetated and bare ground, in habitats including heathland, moorland, grasslands, flood meadows, arable land and waste ground. The species is noted as a successful aeronaut in Crocker & Daws (1996) and its preference for bare ground and success as an aeronaut may explain its colonisation of arable land and various other disturbed sites. Both sexes are adult in summer, occasionally into the autumn.

Adult Season Data (based on 2869 records with adult season information)

Recorded substrate and hydrology for locations with Pardosa palustris