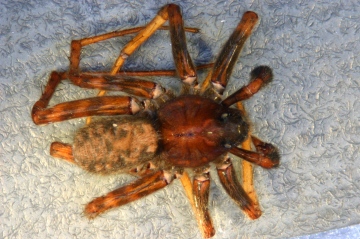 Distribution
The species occurs in mountainous areas in Wales, the Lake District and Scotland. P. trailli has been recorded from Sweden and Norway.

Habitat and ecology
It occurs in open stony ground on mountains, especially on scree. Both sexes are adult in May and June, and females until August.

Status
The spider is very local, but has been frequent at some sites. The species is apparently much more restricted than many other montane species and records suggest a major long term decline. It is known from only three locations since 1992. Area of occupancy has declined by 79% from 14 hectads prior to 1992 to just three since that date, but the habitat is almost certainly under-recorded

Threats
The spider's mountain habitat is vulnerable to damage through recreational pressure.

Management and conservation
Limit damage to montane vegetation as a result of recreational pressures.