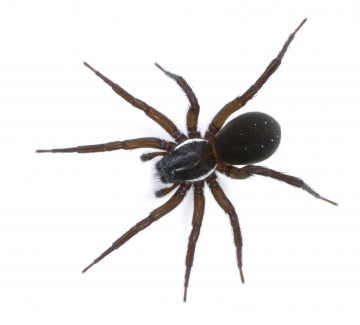 Habitat and ecology
P. piscatorius is invariably found in very wet areas, most often near standing water. Bristowe observed that females build a vertical tube in Sphagnum moss from which they will dart out to catch passing insects. The lower end leads down into the water and if disturbed the spider will move down to below the water surface (Bristowe 1923). Adults are found in May and June but females are probably adult at all seasons.

Status
A very local species. There has been an apparent major decline in this species, particularly in the east of Britain, but it is probably under-recorded recently in its stronghold in the west and north.

Threats
Destruction and degradation of bogs and other wetland areas with associated standing water.

Management and conservation
Protection of suitable wetland sites by ensuring adequate supplies of water of appropriate quality. Maintenance of open pools will also be essential.

Recorded substrate and hydrology for locations with Pirata piscatorius