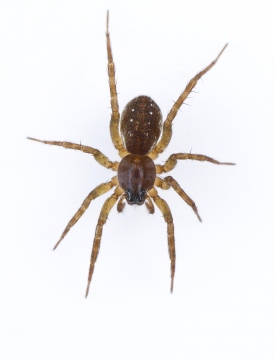 Distribution
The species is widespread in much of the southern half of Britain, but very scattered in northern England reaching south-west Scotland. It is widespread in western and central Europe as far north as Denmark.

Habitat and ecology
P. latitans is a species of the ground layer of open marsh and fen habitats, and sometimes in damp grassy habitats. It is less associated with Sphagnum bogs than other species of Pirata, though it does occur on Sphagnum. It is often found by the edge of open water, which it will run across. Both sexes are found mainly from early to mid-summer, females with eggs into August and later.

Adult Season Data (based on 792 records with adult season information)