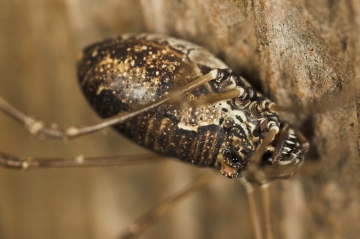 Distribution
Platybunus pinetorum is a recent introduction, first recorded in Britain in 2010 in Sheffield. It was later recognised (from misidentified museum specimens) that it had been present in the Glasgow area since at least 2008. It was subsequently recorded from Yorkshire, Northampton, Edinburgh, south-west Scotland and getting as far north as Aberdeenshire by 2014. This species was recently recorded in south Wales in March 2022. It seems likely that this species had been present for a number of years before being noticed.

Adult Season Data (based on 51 records with adult season information)