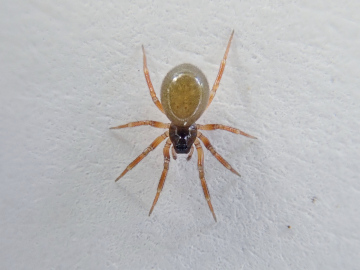 Habitat and ecology
P. juncea occurs at ground level amongst vegetation in various open habitats such as grasslands, roadside verges, hedgerows, woodland clearings, sea walls, dunes, old quarries, allotments and waste ground, as well as in wet places such as dyke edges, fens, carr and marshes. Both sexes are mainly found between May and July with a few later records, females even occasionally persisting until November.

Status
Common in the south. Females of P. juncea may sometimes be incorrectly identified as P. pumila, and this makes it more difficult to assess the ecological differences between the two species.

Adult Season Data (based on 2369 records with adult season information)

Recorded substrate and hydrology for locations with Pocadicnemis juncea