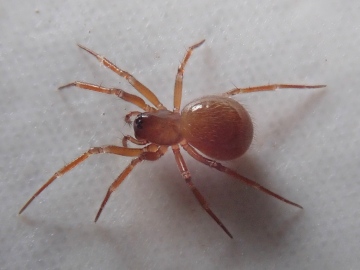 Distribution
The species is widespread but very scattered throughout Britain, and is apparently absent from many areas. It is widespread in much of north-western and central Europe.

Habitat and ecology
The spider has generally been recorded from damp situations amongst moss, sphagnum, leaf litter, pine needles and heather in woodland, scrub, peat bog, fen and heathland. Adult females have been found throughout the year, adult males from August to September (Locket & Millidge 1951), April and June.

Status
UK Biodiversity Action Plan priority species. Local and scarce. The species has shown a significant long-term decline of 51% in occupied 10-km squares, particularly in the eastern part of its range.

Threats
Given the relatively broad habitat requirements of this species, the apparent recent decline is difficult to explain. However, drainage of wetlands may have contributed.

Management and conservation
Further research is needed to determine the conservation requirements of this species.

Adult Season Data (based on 168 records with adult season information)

Recorded substrate and hydrology for locations with Saaristoa firma