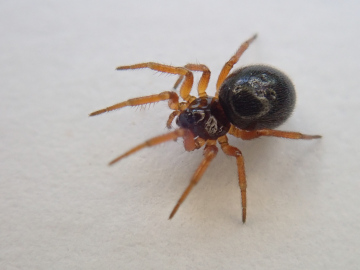 Distribution
The species is widespread but, except in Wales, records are very scattered and all on the western side of the country up to the north of Scotland. It is widespread but uncommon in north-western and central Europe.

Habitat and ecology
S. britteni occurs in wet places, mainly in Sphagnum bogs and saltmarshes. Adults are found from March to June.

Status
The spider is abundant at some sites, but extremely local, and in spite of its apparent wide tolerance of both Sphagnum habitats and saltmarsh, it is absent from many areas which might appear suitable. The species has apparently undergone decline in Wales but may have been overlooked because of its early maturity period.

Threats
Some of its bog sites could be threatened by drainage for adjacent forestry.

Management and conservation
Protect bogs from drainage for forestry or other land-use.

Adult Season Data (based on 76 records with adult season information)