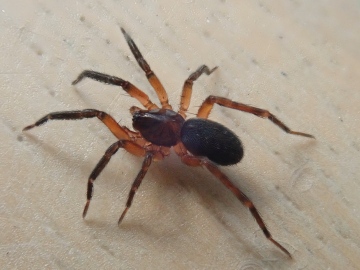 Distribution
The species has a widespread but patchy and very scattered distribution, and is absent from many areas in Britain. It is widespread in north-western Europe.

Habitat and ecology
The spider is generally found in dry and exposed heathland habitats amongst the roots of heather, and becomes more abundant in heather more than eight years old, but it has also been found in woodland and raised bog. Adults of both sexes are found in late summer and autumn, but females persist throughout the year.

Adult Season Data (based on 182 records with adult season information)