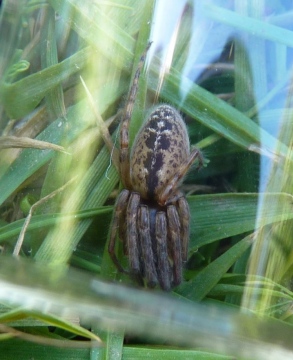 Distribution
This species is restricted to coastal regions of south west Britain, apart from records in North Wales from Puffin Island off Anglesey (Davies 1995) and the Great and Little Orme (Gallon 2001b). S. bavarica is widespread in western and central Europe, but not recorded from Ireland and only Sweden in Scandinavia.

Habitat and ecology
S. bavarica is confined to coastal regions where it can be found in cracks within rock outcrops or old walls. This species takes at least two years to reach maturity with adult males occurring over spring and summer whilst mature females can live for several years.

Status
There does not appear to be significant decline but very local in distribution.

Threats
There appear to be no major threats except for a limited amount of quarrying of cliff faces.

Adult Season Data (based on 51 records with adult season information)

Recorded substrate and hydrology for locations with Segestria bavarica