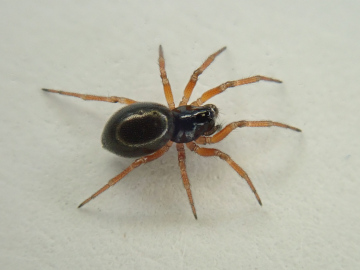 Distribution
The species is widespread on the coast of Wales with a few scattered locations on the coasts of England as far north as Cumberland. It is widespread in western and central Europe but absent from Scandinavia and has not been recorded from Ireland.

Habitat and ecology
Coastal sand dunes. C. romana occurs among marram on coastal sand dunes, mainly in extensive dune systems. It is adult in February, May and June, and in the autumn.

Status
Recorded from 12 hectads since 1992, but showing a decline of 54% in hectads with spider records both before and after that date (24 to 11). It may be common where it occurs, so although there has probably been less collecting recently where the species occurs, there does appear to have been a real decline.

Threats
Possibly recreational pressure and holiday development at some sites.

Adult Season Data (based on 118 records with adult season information)

Recorded substrate and hydrology for locations with Styloctetor romanus