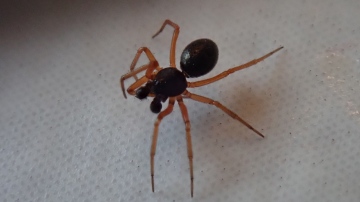 Habitat and ecology
Primarily grassland. The species has been recorded from Sphagnum and shingle but is found most frequently on calcareous grassland in southern England. In Essex it is associated with old and unimproved grasslands, where it can be found at the base of tussocks. Adults have been found mostly in early summer, but there are occasional records of adults at other times of the year.

Status
Local. No evidence of any decline.

Threats
There has been no recent decline in the distribution of this species and it is not currently considered to be threatened.

Adult Season Data (based on 386 records with adult season information)

Recorded substrate and hydrology for locations with Styloctetor compar