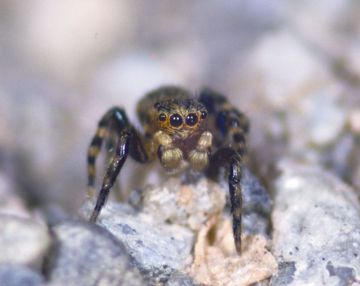 Distribution
The species is widely distributed in Britain but with only a few scattered records in the west and north. It is widespread in north-western and central Europe, but has not been recorded from Ireland.

Habitat and ecology
This little spider is found in warm, open, sunny habitats with bare surfaces, such as short turf on downs, sandy or stony banks, and quarries or old railway embankments. Adults of both sexes are found mainly in May, June and July.

Status
Local and uncommon, but the spider is more frequent in southern counties.

Adult Season Data (based on 482 records with adult season information)

Recorded substrate and hydrology for locations with Talavera aequipes