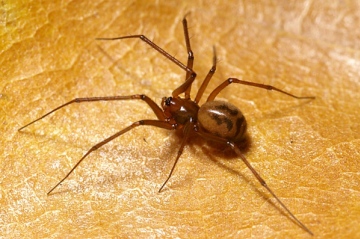 Distribution
T. setosus is widespread in East Anglia, West Wales and parts of northern England, and on southern heathlands, but absent or very scattered elsewhere. It is widespread in north-western Europe.

Habitat and ecology
This spider is typically associated with old, undisturbed, lowland bogs and fens where it lives amongst flattened sedges. The species also exploits other wetland habitats such as reed-beds, lake margins and ditch sides. There are also reports of specimens inhabiting heather (Locket & Millidge 1953), probably only referring to boggy areas. Adults of both sexes are mainly found in the autumn and late spring, but have been recorded in small numbers at other times of year.

Status
Very local. There is evidence that the species may have undergone long-term decline.

Threats
Drainage of lowland bogs and fens, often in association with conversion of heathlands to other land-use.

Management and conservation
Ensure that remaining lowland bogs and fens are protected from conversion to other land-use.

Adult Season Data (based on 361 records with adult season information)