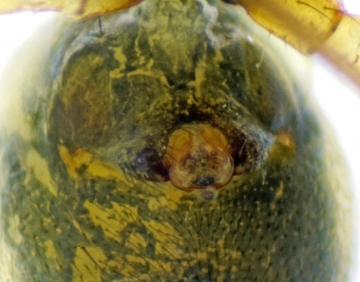 Distribution
The species is widely distributed in southern Britain, becoming scattered in the north. It is widespread in western and central Europe as far north as southern Norway.

Habitat and ecology
L. flavipes is predominantly a woodland species occurring in leaf litter and undergrowth. It may also be found in a variety of other situations including grasslands, heaths and marshes, generally at ground level, such as in heather, moss, and grass. Adults are found throughout the year, mainly from spring to mid-summer and autumn.

Adult Season Data (based on 3343 records with adult season information)

Recorded substrate and hydrology for locations with Tenuiphantes flavipes