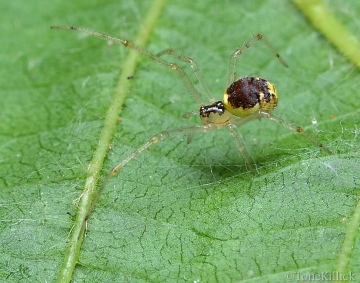 Habitat and ecology
This spider is found in a variety of lowland habitats, mainly on shrubs and trees, but also on low vegetation and walls. It is less common at higher altitude (Smith 1982; J. Newton, pers. comm.) a situation clearly reflected in the Distribution: map. Both sexes are mature in early to mid-summer though occasionally males can persist to early autumn and females until October.

Adult Season Data (based on 2797 records with adult season information)

Recorded substrate and hydrology for locations with Theridion varians

T.varians
please log on and upload a new image for this species