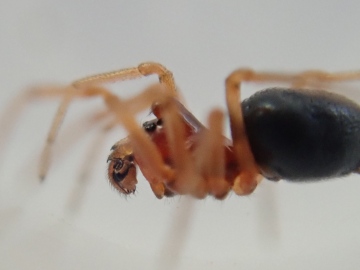 Distribution
The species has a very patchy and scattered Distribution: in Britain. A Palaearctic species widespread in north-western and central Europe, but has not been recorded from Norway.

Habitat and ecology
T. thorelli is found at ground level in moss and grass, often in rather damp areas, and may be common on wet heathland in southern England. In a study of the phenology of linyphiid spiders on heathland in Dorset it was found that the males of this species were only active in May and females from May to August (Merrett 1969). Our data show a peak in recorded adults of both sexes in May and June.