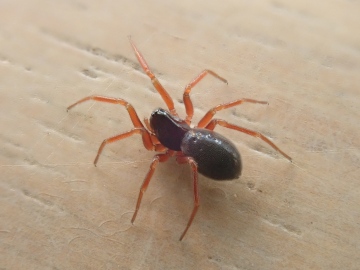 Distribution
W. kochi is absent from large parts of the country and appears to be widespread only in parts of Scotland, Wales, Cheshire, Yorkshire and the coast of East Anglia and Essex. A Palaearctic species widespread in north-western and central Europe.

Habitat and ecology
The spider occurs at the roots of vegetation, generally in moorland, marshes and bogs, or on river banks and wet areas on the coast including saltmarsh and brackish grassland. Adults of both sexes have been recorded from spring to early summer and in September.

Status
A local species which has apparently suffered major decline in recent years. However, there is a significant concentration of records in Yorkshire which is known to have been very under-recorded recently.

Threats
Some of the decline in the past 20 years may have resulted from the drainage or drying out of wetlands but this is unlikely to be the only cause.

Management and conservation
Ensure that wetlands are not drained or allowed to dry out. Further information on the ecology of the species is required in order to make firm management recommendations.

Adult Season Data (based on 174 records with adult season information)

Recorded substrate and hydrology for locations with Walckenaeria kochi