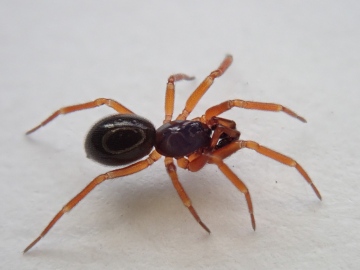 Distribution
Widespread throughout Britain. A Palaearctic species widespread in north-western and central Europe.

Habitat and ecology
The spider is found in a wide variety of damp habitats ranging from litter in woodland through to damp heathland, boggy moorland and wetter areas such as marshes and reed-beds. It is a frequent aeronaut. On heathland in Dorset, Merrett (1969) obtained results which indicated male activity from mid-January to mid-April, and female activity from April to August and again in late October and November. Our data show adults present throughout the year with peak numbers of males being collected in April and May, females from May to July.

Adult Season Data (based on 1235 records with adult season information)