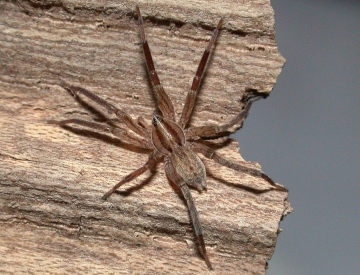 Habitat and ecology
This is typically a grassland spider, usually found near the ground in grass roots or leaf litter, but also under stones or other objects, where the female may be found sitting on the white sheet of silk which covers her loosely-woven egg-sac. It is also found in a range of other habitats including heathland, open woodland and raised bog. The body pattern is fairly distinctive, even in juveniles. Adult of both sexes have been recorded throughout the year, but mainly between late spring and autumn, possibly with peaks in early to mid-summer and again in the autumn.

Adult Season Data (based on 2378 records with adult season information)

Recorded substrate and hydrology for locations with Zora spinimana