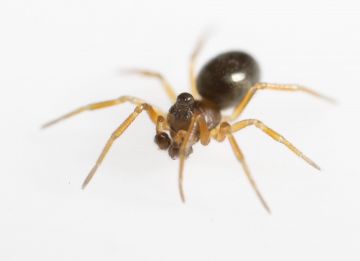 Distribution
The species is confined to the south of England and South Wales. It is found in western and south-western Europe.

Habitat and ecology
H. decollatus occurs mostly on yew and on chalk grassland in large yew woods. It also occurs on gorse and other bushes near the coast. It has more recently been found on yews in churchyards in the southeast. Both sexes are adult in April and May, with females as late as September.

Status
The spider may be under-recorded because of its early maturity period, but adults have been found in large numbers at the end of May. It is very local, but abundant at some sites.

Threats
There is probably little threat to its coastal sites, but loss of yew woods on chalk would be a serious threat to its existence inland.

Adult Season Data (based on 158 records with adult season information)