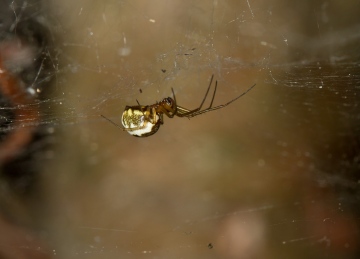 Habitat and ecology
Another inhabitant of low vegetation and bushes, the spider occurs in woodland, scrub and hedgerows, generally at higher levels in the vegetation than other common species of Neriene. It can be frequent on conifers in parkland (J. Daws, pers. comm.). Both sexes are found in early summer, occasionally persisting later.

Adult Season Data (based on 2518 records with adult season information)

Recorded substrate and hydrology for locations with Neriene peltata